Chameleons are creatures of incredible beauty and full of intrigue. If you’ve chosen a chameleon as a home pet, there are a few important things to know about their personality.

The personality of a chameleon is complex, and we only know a little about it. Just as their color transformations are expansive, so is the range of their personalities. Only recently have we began to understand how they communicate their status.

This article will discuss what we do know about how chameleons relay their emotions and thus display the quality of their character.

The Chameleon, a creature of many colors

A tree-dwelling lizard, with the incredible ability to change the color of its skin, the chameleon is a creature that has been fascinating science for ages. There are over 171 species in the chameleon family, which is a suborder of the iguana.

They range in size from just one-half inch long up to a whopping 27 inches long, and the lizard continues to grow throughout the length of its life.

These creatures are slow-moving, yet incredibly adapted and specialized. Contrary to popular belief, chameleons do not change their skin color to blend into their surroundings. Instead, this is a mechanism of communication. As a key component to understanding personality, we’ll discuss this communication ability further on in the article.

Characteristics of a chameleon

Chameleons are solitary animals. They are docile and leisurely. The fastest thing about them is their tongue, which can move up to 20 feet per second. They don’t enjoy the company of other animals or even other chameleons.

Loners to the core, the only contact they have with others in their species are the rare instance of mating. They have no maternal behavior, meaning mothers do not care for their young after birthing.

The main characteristics of a Chameleon’s personality include:

Now, the range that these characteristics are displayed and their combination of other attributes will comprise the particular temperament of your chameleon’s personality.

Personality is a combination of expressions and behaviors, and the consistency thereof. If every animal doesn’t have that, how can we then define their actions? Let’s explore the ways that we can identify these elements in chameleons.

What emotions do chameleons have?

Chameleons have been known to demonstrate a range of emotions. From anger to fear, attraction, and submission, the range is vast and perhaps we don’t yet understand the span of it.

The emotional traits that we understand chameleons to have to include calm, aggravated, stress, fear, and those related to mating. To identify these emotions, we first must learn them through observation. Chameleons, though individuals, are quite clear on several determining emotional states. How do they display them? Let’s find out.

How do chameleons display emotions?

The display of emotions, and how often one displays certain emotions, is what comprises a personality. How can we comprehend the personality of a chameleon? By understanding what emotional state they tend to reside in through the communication they apply.

Just because they prefer to be alone, doesn’t mean they do not communicate. Chameleons utilize several methods to disclose their feelings and emotions:

The color-changing ability of a chameleon

The most iconic feature of a chameleon. Though their base coloration does blend into their environment, this is consistent with many species, and not the reason for their ability to shift their color at will.

Chameleons mainly use their color-changing skin to display emotional states. Many scientific experiments have been done to study this behavior and its proven to be a very effective method of inter-chameleon correspondence.

See the following chart for a description of how a chameleon’s color relates to the emotion they feel.

Chameleons use their ability to instantly change color to depict their moods, yet they also use it to react to their environment and regulate their temperature. A drastic and immediate change in color typically indicates a change of emotion.

Aside from changing colors to indicate their disposition, chameleons also employ other methods, as described below.

Body Language of a chameleon and what it means

Most animals, humans included using body language to inform others of how they feel. A cat puffs up its fur when afraid, a dog bears his teeth when aggressive, a human rolls his eyes when annoyed, and so on.

Chameleons are no different. Though their eyes do move 360deg and independently of one another, you aren’t likely to notice annoyed eye-rolling. Instead, they use their posture to mostly demonstrate competitive or aggressive states, as well as others, as described in the table below.

The means of communicating via plant-borne vibration is only recently being studied through research. This method is mostly utilized by insects, yet is observed in chameleon behaviors. A chameleon will produce a vibration near its front legs into the plant it is grounded on, to communicate to other chameleons.

This is mostly seen in instances of mating and stress and the sound is not audible to humans. This is just a glimpse into just how small our comprehension of chameleon communication and personality is.

Secondary Characteristics of a Chameleon’s Personality

You’re likely to see much more behavior from your chameleon than the basics described above. They may demonstrate peculiar actions or characteristics such as the following:

Some chameleons may be drawn to certain people. They may enjoy being held, or they may be guarded and defensive. It will certainly take a lot of quiet observation on your part to discern the underlying traits of your chameleon’s unique personality.

Just like humans, each lizard has a personality of its own. It isn’t up to us to decide whether or not chameleons have personalities, because they certainly do.

Where our responsibility lies in providing our pet chameleons with a comfortable and safe environment to display their personalities to their full colorful extent. 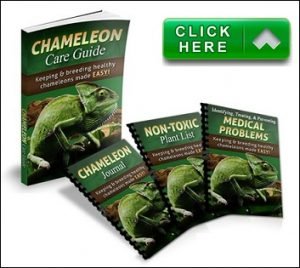 Affiliate Disclosure
This website is supported by its readers. Please assume that all links are affiliate links. If you make a purchase from one of the links we will make a commission from Amazon. Thank you.

link to Can Sugar Gliders Get Fleas? The Answer Will Surprise You

Fleas are a common problem for both cats and dogs, but what about sugar gliders? Can sugar gliders get fleas? The answer may surprise you! In this blog post, we will discuss the flea life cycle and...

Continue Reading
link to Dust Baths for Sugar Gliders: What You Need to Know

If you're a sugar glider owner, then you've probably wondered if your little guy or gal can take a dust bath. The answer is yes - in fact, dust baths are an important part of their everyday grooming...